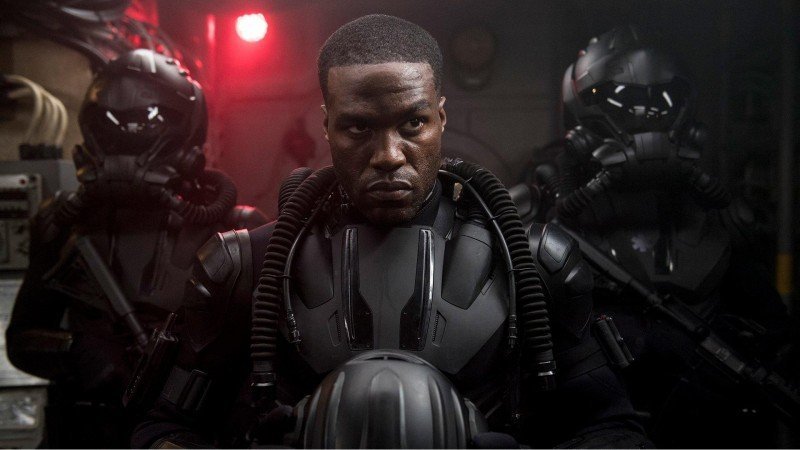 Yahya Abdul-Mateen II, who played Black Manta on “Aquaman,” is joining “The Matrix 4″ reboot starring Keanu Reeves and Carrie Ann Moss. Reports reveal that he’s circling a role that will no just be a supporting bit. Speculations are that his character will serve as a replacement to Laurence Fishburn’s Morpheus.

According to Variety, director Lana Wachowski had a secret meeting with some actors for the juicy role. Abdul-Mateen II won over against the other actors who auditioned.

In August, Warner Bros confirmed that “The Matrix 4″ is in development with Reeves, Moss and Wachowski involved in the project. Aleksandar Hemon and David Mitchell have a script written with Wachowski and the movie is expected to start filming in early 2020.

“We could not be more excited to be re-entering “The Matrix” with Lana,” Warner Bros Pictures Group chairman Toby Emmerich said. “Lana is a true visionary—a singular and original creative filmmaker—and we are thrilled that she is writing, directing and producing this new chapter in The Matrix universe.”

Aside from being the villain on “Aquaman,” Abdul-Mateen II is also known his role in “The Get Down,” “The Greatest Showman” and “The Handmaid’s Tale.” He has starred in “Black Mirror” season 5 on Netflix and will soon be seen in HBO’s “Watchmen.”

Fans believe that Abdul-Mateen II’s character will be directly linked to Morpheus or he could play a younger version of the character, hence the movie might involve a time travel element. The time travel speculation has been boosted by the fact that Moss’ Trinity died at the end of the last film, ” The Matrix: Revolutions.”

Reeves teased that he has read the script of “The Matrix 4.”

“It’s very ambitious,” Reeves said in an interview with Entertainment Tonight. “As it should be!”

“The Matrix” was a revolutionary movie that elevated the sci-fi genre. The franchise also built complicated mythology that created a world that fans loved to rewatch