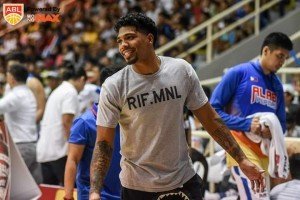 Forward Lawrence Domingo will suit up for a record 4th season with San Miguel Alab Pilipinas in the Filipino club’s 2019-2020 ASEAN Basketball League season campaign.
It will be the 4th consecutive season for Domingo with Alab, the 2017-2018 champions of the regional professional tournament.

The 6-foot-5 bruiser has established himself as one of the more reliable and serviceable frontliners off the bench who can defend and crash the boards.

While open to playing in the PBA in the future, the 26-year-old Domingo has been vocal about taking his time and perhaps spending another season or two with Alab in the ABL, before joining the PBA draft, according to an earlier report by Spin.ph in January 2019.

Domingo will join Jason Brickman and Jeremiah Gray in the Alab roster.