Brendan Gleeson is Trump, Jeff Daniels is Comey in TV Adaptation of ‘A Higher Loyalty’ 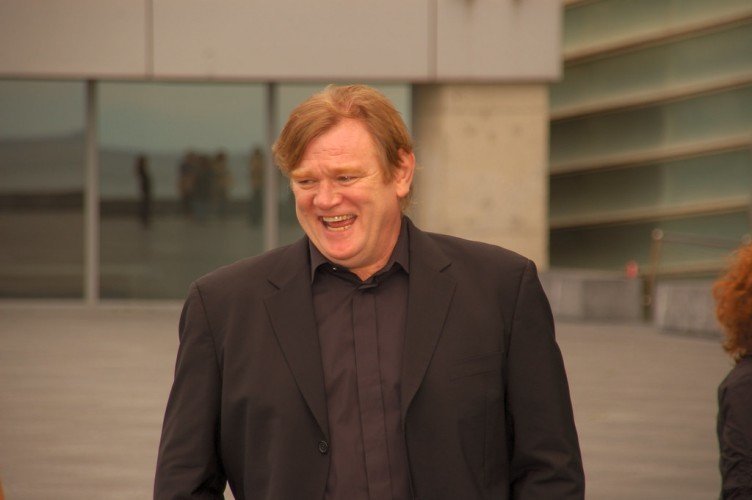 CBS is adapting the book based on former FBI Director James Comey, “A Higher Loyalty” with Jeff Daniels in the lead role. Brendan Gleeson has been cast as President Donald Trump in this four-part miniseries which will begin filming this November.

The story will be adapted for television by writer Billy Ray, who will also be directing the episodes. Alex Kurtzman, Shane Salerno and Heather Kadi will serve as executive producers.

“It’s hard to imagine a bigger acting challenge than playing Donald Trump. You have to have presence, and a singular kind of dynamism. You also have to have the courage and the will to play Trump’s psychology from the inside out. Oh, and you have to be spectacularly talented and watchable. Not many actors check all those boxes. Brendan does. I’m ecstatic about this,” Ray said in the press release.

The rest of the announcement is below.

The Dublin-born Gleeson is best known for his performance as Alastor Moody in the “Harry Potter” films and for outstanding films such as “Braveheart,” “Michael Collins,” “Gangs of New York” and “Cold Mountain,” as well as his Golden Globe-nominated performance in “In Bruges.” He won an Emmy Award in 2009 for his remarkable portrayal of Winston Churchill in “Into the Storm” and has just completed three seasons on his award-winning role as Bill Hodges in the “Mr. Mercedes” TV series.

Ray researched the project for over a year in order to make the drama a fair, responsible and comprehensively documented account of real-life events. He traveled to Washington, D.C. and several other cities to meet with Comey, his family, and many other key players, including prominent journalists, FBI agents, government officials from both political parties and others.

A Higher Loyalty debuted on top of the New York Times bestseller list and has already sold over two million copies across all platforms. It was recently released in paperback and again vaulted to #1 around the world. The story is the reminiscence of Director Comey, who served as the seventh director of the FBI from 2013 to 2017. From helping change the Bush administration’s policies on torture and electronic surveillance to overseeing the Hillary Clinton email investigation, as well as possible ties between the Trump campaign and Russia, Comey has been involved in some of the most consequential cases and policies of recent history.

The miniseries will be produced by Secret Hideout, The Story Factory and Home Run Productions in association with CBS Television Studios.

Gleeson is represented by The Agency (Ireland) and Principal Entertainment.