PBA: Despite NLEX’s strong start, Yeng Guiao feels he has nothing to prove as coach 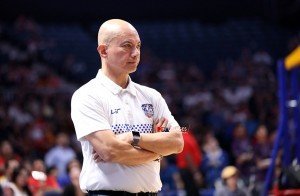 As far as his legacy is concerned, NLEX Road Warriors head coach Yeng Guiao says he does not feel compelled proving basketball pundits that he is a great mentor.
In a recent interview with Rey Joble of Fox Sports Philippines, Guiao said he has nothing left to prove as far as his coaching career is concerned.

The Road Warriors are among the best teams in the PBA Governors’ Cup so far, enjoying a 4-1 record behind the inspired play of Kiefer Ravena, who returned after serving an 18-month long suspension.

But Guiao said, per Fox Sports Philippines, that he does not want to make it about his expertise or experience as a mentor:

“There’s no need to prove myself.

Guiao’s storied head coaching career started in the 1990s. Known for being a fiery mentor in the sidelines who champions team balance and an equal opportunity system, Guiao has won 7 PBA championships and has been a 2-time PBA coach of the year and a 5-time all-star coach.

The former Redbull and Rain or Shine head coach has also been mentor of the national team twice.

NLEX made the semi-finals of the PBA conference a season ago under Guiao.