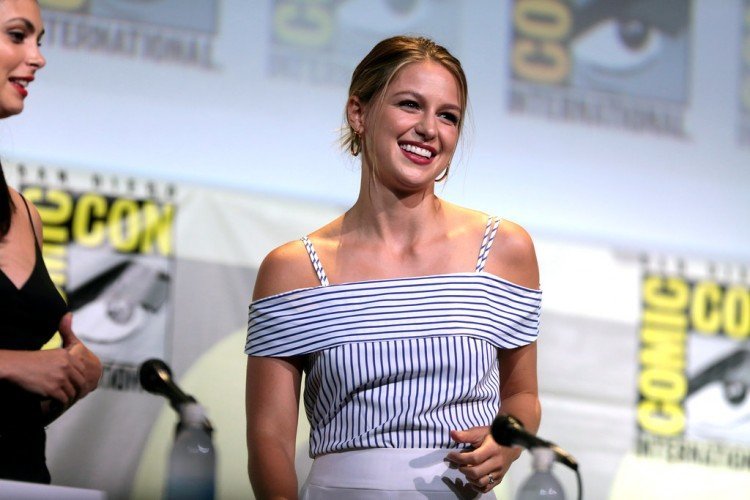 Melissa Benoist and Chris Wood have finally gotten married after a few years of meeting on the set of “Supergirl” on The CW. The couple had a poolside ceremony in a private estate in Ojai, California amidst friends and family.

“It was a beautiful setting for a wedding very peaceful and quiet,” a source said via E! News. “The vows were brief and lasted about 15 minutes. There was lots of cheering and applause as it ended.”

Benoist and Wood announced their engagement in February when the stars both posted a photo of her ring on Instagram. Among their wedding guests included Odette Annable, Paul Wesley and director Kevin Smith.

Wood joined “Supergirl” in the second season where he played Mon-El, the Daxamite who came to Earth after his planet was destroyed. Supergirl and Mon-El didn’t immediately become friends but he would end up becoming her romantic interest until Wood left the series in season 4.

Witnesses said that Benoist and Wood became officially a couple in 2017 when they were spotted in Mexico kissing each other passionately. The actress was married before to her Glee co-star Blake Jenner from 2013 to 2016. They divorced in 2017.

“Supergirl” is an action-adventure drama based on the DC character Kara Zor-El, (Melissa Benoist). Twelve-year-old Kara escaped the doomed planet Krypton and was sent to Earth where she was raised by a foster family. Kara grew up in the shadow of her foster sister, Alex (Chyler Leigh), and learned to conceal the phenomenal powers she shares with her famous cousin, Superman, in order to keep her identity a secret. Years later, Kara was living in National City and still concealing her powers, when a plane crash threatened Alex’s life and Kara took to the sky to save her. Now, Kara balances her work as a reporter for CatCo Worldwide Media with her work for the Department of Extra-Normal Operations (DEO), a super-secret government organization whose mission is to keep National City – and the Earth – safe from sinister threats. As Kara struggles to navigate her relationships and her burgeoning life as a reporter, her heart soars as she takes to the skies as Supergirl.