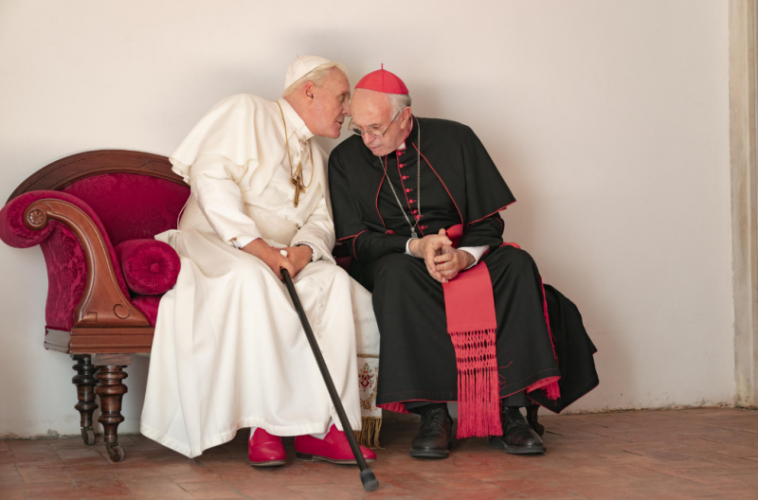 Netflix has finally unveiled the first teaser to “Two Popes” starring Anthony Hopkins as Pope Benedict and Jonathan Price as Pope Francis. The movie based on true events opens with Cardinal Bergogli (Pryce) informing the pope in 2012 that he is planning while the pope reveals to him a choice that would rock the Catholic Church.

Cardinal Bergogli has been Pope Benedict’s strongest critics and “Two Popes” reflect how these two different men confront the changes in the Catholic Church to find a common ground and secure the future of their followers.

“Two Popes” was helmed by “City of God” co-director Fernando Meirelles. The material was written by “The Theory of Everything” scribe Anthony McCarten. Sidney Cole, Lisandro Fiks and Maria Ucedo complete the small cast.

In 2017, Netflix announced it was producing Meirelles’ movie about the popes. Filming for took place in Argentina in November and in Rome the following year.

The next few months the streaming platform is also releasing a string of interesting films such as “The Irishman,” “The Laundromat,” and “The King.”