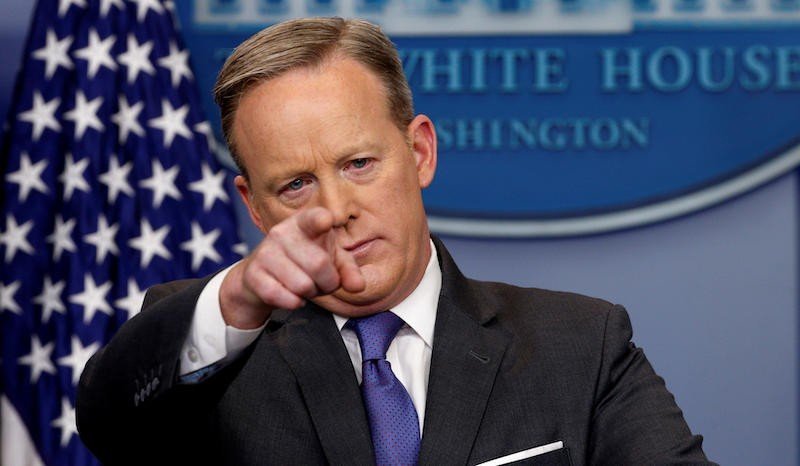 The latest season of “Dancing With the Stars” has ignited a controversy after ABC decided to cast President Donald Trump’s former White House Press Secretary, Sean Spicer, as one of the celebrity dancers.

DWTS host Tom Bergeron posted a long message on social media to express his regrets about the network’s decision. Citing that he talked to the executive producers prior to the casting to not make DWTS “political,” Bergeron was under the impression that this agreement would hold.

However, ABC has decided to include the former White House executive. As of press time, Bergeron has indicated that he will still host the program despite making it clear where he stands on this decision.

Below is the press release from ABC for “Dancing with the Stars” season 28:

With a lineup of celebrities including a supermodel, a former White House press secretary, a Bachelorette, pro-athletes from the NFL and NBA, a Supreme and a TV icon to name a few, “Dancing with the Stars” is waltzing its way into its highly anticipated upcoming 2019 season. The new celebrity cast is adding some glitzy bling to their wardrobe, breaking in their dancing shoes and readying themselves for their first dance on the ballroom floor, as the show kicks off MONDAY, SEPT. 16 (8:00-10:00 p.m. EDT), on ABC. For the first time ever, viewers will have to tune in to the season premiere to find out with whom their favorite professional dancers are paired. This season also features the return of a loved pro, Peta Murgatroyd, and two new professional ballroom dancers. Episodes can also be viewed the next day on ABC.com, the ABC app and Hulu.

As announced this morning on ABC’s “Good Morning America,” the celebrities and professional dancers heading to the ballroom this season (in alphabetical order) are the following:

‘Bridgerton’: Phoebe Dynevor and Regé-Jean Page ‘check in with each other’

Caitlyn Jenner rumored to appear in ‘Sex and the City’ revival