La Consolacion College of Manila wielded the upset ax in the 25th Fr. Martin’s Cup when they snuck past National University, 71-67, at the San Beda Gym on Saturday.

Buoyed by their torrid outside shooting and pressure defense in the second half, LCCM recovered from a slow first half to turn back National University.

Gab Latoreno poured in 14 points, while Thurlough Grealy and Julian Calanay scored 13 and 12 respectively for La Consolacion, who got their first win in the Seniors B Division. 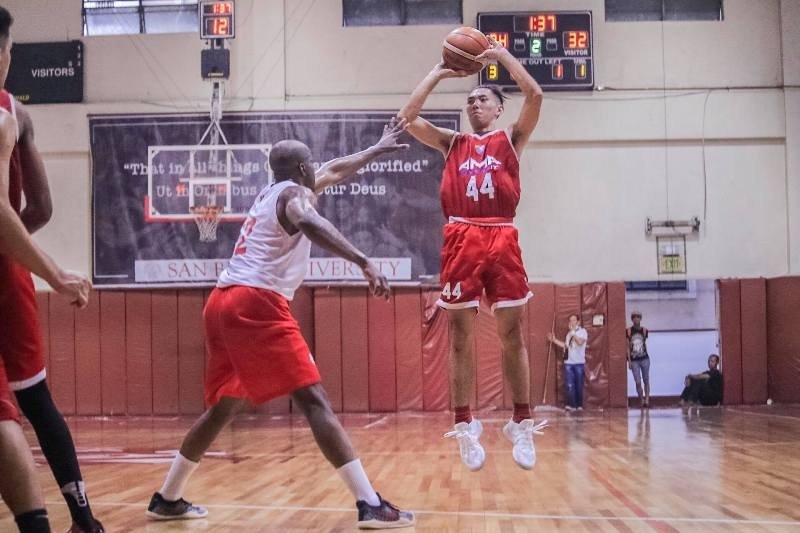 In the other game, Taki Tacatac hit a booming triple in the dying seconds to lift UST past a feisty NU side, 71-70, to get their second straight victory in the Women’s Division.

Elonda Rivera poured in 16 points while Grace Irebu and Taki Tacatac notched 15 and 14 for the UST Tigresses.

RhenaItesi and Kaye Pingol chipped in 14 and 13 for the NU Lady Bulldogs, who are yet to get their first win in the tourney.

The Letran Knights withstood Mike Ordonez’s scoring outburst, eking out an 80-78 win against the PCU Dolphins. It was their second win of the tournament.

Kenny Rocacurba continued his brilliant display on offense, scoring 22 points with 17 of them in the final canto. Kobe Monje also tallied 12 points for Letran.

Mike Ordonez put on another strong scoring performance with 37 markers while Christian Caldozo chipped in 13, but it was all to naught as they slid down to 0-2 in the Seniors B Division standings.

In a battle of two undefeated teams in the Seniors B Division, Diliman College remained unblemished at the expense of Arellano University, 80-79, by averting a late-game collapse after being held scoreless for the last minute.

Joseph Brutas led Diliman College with 17 markers, with 15 of them from three-point territory. He was backstopped by John Mahari who tallied 12.

Jon Valin top-scored for Arellano with 17 markers, while Gelo Sablan churned out 13.

San Beda took advantage of the undermanned AMA University, 86-79, to get their fourth straight win in the Seniors A Division.

Despite having only seven players, Luke Parcero paced AMA to a double-digit lead coming into the final quarter by scoring 12 points in the third period.