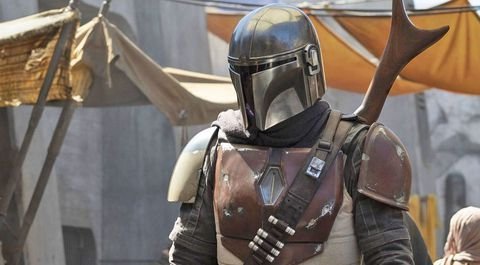 Disney’s very first Star Wars live-action series The Mandalorian is launching in the new Disney+ streaming platform this November. Disney has unveiled the first teasers of the Pedro Pascal-starrer during a presentation with investors, which has sparked interest among the fans of the franchise.

The Mandalorian teaser opens with a man in full armor and mask walking towards what looks like a base camp in the middle of a deserted cold planet. Then, filmmakers Jon Favreau and Dave Filoni discuss what the show will be about, describing the Mandalorian as “a citizen of the underworld on the outer reaches of the galaxy…a character you’ve never met before, a period of time you’ve never seen.”

The show has been compared to old Western gun-slinging action productions, except that it happens in outer space. Pascal leads as the bounty hunter from the planet Mandalore. Check out the first teaser below:

“The Mandorlian is a mysterious lone gunfighter on the outer reaches of the galaxy. Some would say he has low moral character…he’s badass,” Pascal said.

According to other reports, the main plot of The Mandalorian is a lot similar to the classic Japanese animation Lone Wolf and the Cub. The show will also be without any Skywalker characters since this takes place at a different timeline.

Aside from Pascal, who is best known for his roles in Narcos and Game of Thrones, The Mandalorian also stars Gina Carano, Carl Weathers, Emily Swallow, Werner Herzog, Omid Abtahi and Nick Nolte. Every episode has a different director, including Bryce Howard Dallas and celebrated director Taika Waititi (Thor: Ragnarok).

The Mandalorian will debut on the very first day that Disney+ becomes live online on Nov. 12. Subscription to the new streaming platform is at $7 in the U.S., as per CNet. The platform will also be releasing original live-action shows based on the Marvel Cinematic Universe and other franchise in the Disney line-up.