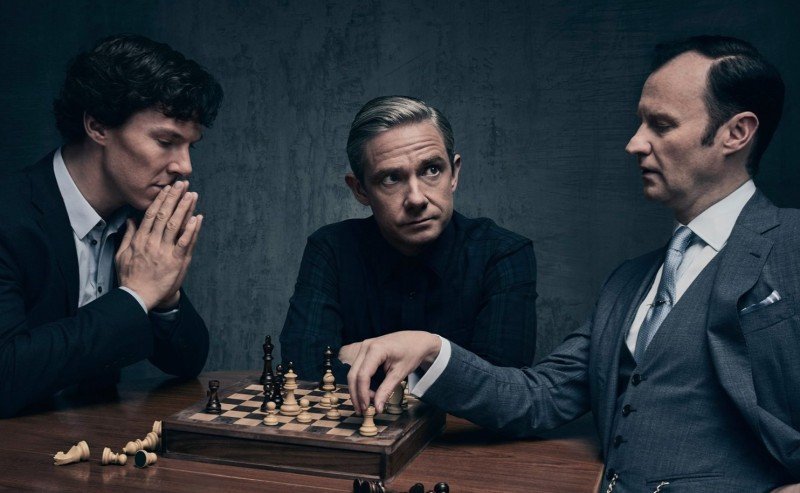 Martin Freeman believes that the role he has played that made a bigger impact on fans is as John Watson on the BBC series Sherlock. The actor starred in this show for four seasons, which aired from 2010 to 2017, with Benedict Cumberbatch (as Sherlock Holmes) and his ex-partner Amanda Abbington (as Mary Watson).

According to Freeman, however, being in the series was challenging. For one thing, he was in the middle of a breakup with his 16-year relationship with Abbington, the mother of his two kids, when they were doing Sherlock season 4. For another thing, the Sherlock fandom had such big expectations from the show. When this didn’t pan out, some fans were left disappointed.

“There were some fans who were so adamant that John and Sherlock were gay, they knew it. And they knew that Steven (Moffat) and Mark (Gatiss) were going to write an episode where we held hands off into the sunset together,” the actor told The Guardian. “So when that didn’t happen, there was a chunk of people going, ‘This is betrayal’.”

Freeman, however, isn’t the only one feeling this sentiment as his former partner also believed Sherlock season 4 was written and created to pander to the fans.

“I love [co-creator] Steven Moffat, but I think they started to pander to the fans, involving a lot of the fandom stuff,” Abbington told Digital Spy. “I thought, ‘You should just stick to the stories, because they’re much more interesting’.”

Following the end of Sherlock season 4, creators Moffat and Gatiss revealed that the show has not been canceled. However, it will take a while before season 5 starts production since all the major players of the series are doing their own projects.

Currently, Moffat and Gatiss are also in the middle of filming their new show and it’s a new take on the iconic character Dracula. Danish actor Claes Bang will lead the series, which will make Dracula the “hero of his own story.”

“Having an evil lead character is actually really difficult. That’s been the main challenge, I think. But how we’ve handled, that you’ll have to wait and see,” Moffat said.

The series will also premiere on BBC but there is no release date for now.