The Battle is on to Fight Human Immunodeficiency Virus (HIV) 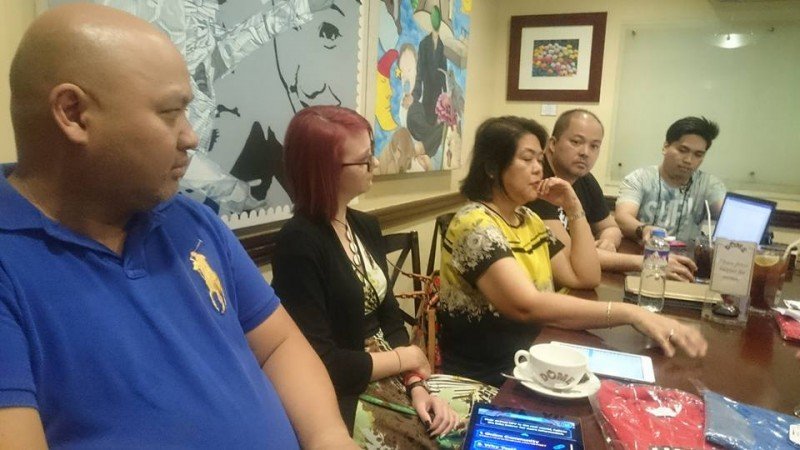 Dr. Emmanuel S. Baja, research associate professor, DOST “Balik” Scientist and Principal Investigator of the HIV Gaming, Engaging, and Testing (HIV GET Tested) Project from the Institute of Clinical Epidemiology, National Institutes of Health, University of the Philippines Manila, announced that a digital advocacy gaming application has been developed to help address the barriers to HIV testing and counselling (HTC).

Dubbed Battle in the Blood (#BitB), the app is a unique puzzle and turn-based combat mobile game. The game aims to influence social norms, knowledge and attitude surrounding HIV/AIDs and to challenge the belief that you can no longer live a long and fulfilling life after a HIV positive diagnosis. It contrasts this with the risk to your health and future by delaying or refusing testing and treatment services. The app, designed specifically for the Philippines context, is the first game to address barriers to HTC services in the Philippines.

“Battle in the Blood (#BitB)” targets adolescent (aged 10 -19) and young adults (aged 20 – 24). The focus during the design and development of the game was to make certain that the game was acceptable, relevant, and engaging specifically among men who have sex with men (MSM) and transgender (TG) women. Populations known to be at high risk of HIV in the Philippines. The HIV GET team wanted to ensure that the MSM and TG women felt comfortable and enjoyed playing the game.

Funding agencies for the Newton-Agham Grant are the UK government through the Medical Research Council (MRC) and Philippine government through the Philippine Council for Health Research and Development, Department of Science and Technology. Implementing Agencies of the HIV GET Project are University of the Philippines Manila and Liverpool School of Tropical Medicine (LSTM). Dr Miriam Taegtmeyer, a Senior Clinical Lecturer at LSTM, is the UK counterpart Principal Investigator for the project. Cooperating Agencies of the project are the Department of Health, the local governments of Quezon City and Davao City, Love Yourself Inc., Engaging Tool for Communication in Health (ETCH) and Extra Mile Studios Ltd.

It took almost a year to transform the game design document into a game ready for release through agile software development using repeated internal and external testing sessions. For four months, the research team conducted and transcribed interviews with target users and focus group discussions with HIV testing and counselling service providers to inform the learning objectives in the game. It took another 3 months to develop a 40-page game design document and concept art.

Asked what the team is most proud of, “It is the first gaming app that would hopefully help increase the uptake of HIV testing and treatment in the Philippines. That HIV is not a death sentence anymore. It is just a chronic disease like Diabetes, there is treatment available and people living with HIV (PLHIV) can still have a normal and happy life. This gaming app (#BitB) is a very powerful communication tool to address the stigma of HIV especially among young MSMs and TG women who are at a higher risk for HIV infection,” Dr. Baja said.

Charlotte Hemingway, a PhD student from LSTM and a member of the research team, cited the stories incorporated in the gaming app. “People that have played the game are so grateful to see PLHIV not as victims but as believable and inspiring characters.”

Dr. Baja said that the gaming app would be available at Google Play and Apple Store from November 26, 2017. “The big marketing push and the official launch will be on December 1 to co-inside with World AIDs Day.”

Players journey across 90 levels battling HIV and his army of co-infections. On the way, they witness 8 short stories about the PLHIV they’re helping. Players can create their own gender fluid avatar with a wide range of hairstyles and outfits. Each story is told using a dynamic 2D comic book Manga-style animation, a popular art form in the Philippines.

Each story shows the character demonstrating courage in overcoming real fears and barriers to HIV testing and treatment, the player must then complete a batch of 10 levels to see how each short story ends. A twist at the end results in the player choosing how the story ends for the 8th character.

The screen is split into two; a puzzle board where players must connect icons to build up their avatar’s attack and defense power, and an animated combat scene where players get to see the combat for that round play out.

They can access the menu at any point during the game. Here, they can check out where they are on the leader board. Read about the different game icons and access online information on where they can get free access HIV services. They can re-visit and replay all of the animations they’ve unlocked so far and finally check out their achievements.

Unlike other games on the market that make you pay for an extra life or in-game bonus in #BitB players can answer a simple question to gain an extra life and another chance to beat the level.