Kaspersky Lab researchers identified a new series of targeted attacks against at least 10 financial organizations in multiple regions including Russia, Armenia, and Malaysia. The hits are being performed by a new group called Silence. 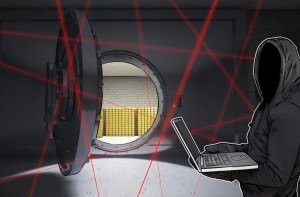 While stealing funds from its victims, Silence implements specific techniques similar to the infamous threat actor, Carbanak. The attacks are still ongoing.

Silence joins the ranks of the most devastating and complex cyber-robbery operations like Metel, GCMAN and Carbanak, which have succeeded in stealing millions of dollars from financial organizations.

Most of these operations embrace the following technique: they gain persistent access to internal banking networks for a long period, monitor its day to day activity, examine the details of each separate bank network, and then when the time is right, they use that knowledge to steal as much money as possible.

This is exactly the case with Silence Trojan – which compromises its victim’s infrastructure via spear phishing emails.

The malicious attachments to the emails are quite sophisticated. Once the victim opens them, it takes just one click to initiate a series of downloads and finally execute the dropper. This communicates with the command and control server, sends the ID of the infected machine, and downloads and executes malicious payloads, responsible for various tasks like screen recording, data uploading, the theft of credentials, remote control etc.

Interestingly, the criminals exploit the infrastructure of already infected financial institutions for new attacks, by sending emails from real employee addresses to a new victim, along with a request to open a bank account. Using this trick, criminals make sure the recipient is unsuspicious of the infection vector.

All of the features serve one purpose: to understand the victim’s day to day activity and obtain enough information to eventually steal money. This process and style strongly resembles the techniques of Carbanak.

Based on language artifacts found during their research into the malicious components of this attack, Kaspersky Lab security researchers have concluded that the criminals behind the malicious Silence attacks speak Russian.

“The Silence Trojan is a fresh example of cybercriminals shifting from attacks on users to direct attacks on banks.

We have seen this trend growing recently, as more and more slick and professional APT-style cyber-robberies emerge and succeed. The most worrying thing here is that due to their in-the-shadow approach, these attacks may succeed regardless of the peculiarities of each bank’s security architecture,” notes Sergey Lozhkin, security expert at Kaspersky Lab.

Kaspersky Lab researchers advise organizations to take the following measures, in order to protect themselves from possible cyberattacks:

Use a specialized solution against advanced threats that can detect all types of anomalies and scrutinize suspicious files at a deeper level to reveal, recognize and uncover complex attacks – like Kaspersky Anti Targeted Attack Platform.

Eliminate security holes altogether, including those involving improper system configurations or errors in proprietary applications. For this, Kaspersky Penetration Testing and Application Security Assessment services are a convenient and highly effective solution, providing not only data on found vulnerabilities, but also advising users on how to fix it, further strengthening corporate security.

Your Child is Ready for Online Learning —How About You? Here are 5 Things You Need to Know